skip to main | skip to sidebar

Marimbas and songs of praise carry across the Schwartz gallery in London's Hackney Wick. 'The Cherub Voices', balanced on rough-hewn high wooden chairs, form a circle amongst the other artworks. Their unexpected tropical harmonies are a summons: an invitation to walk inside their ensemble to inhabit their attractive sound. But the sound fragments with proximity ß the voices emanate from four phonograph record players arranged to face each other. Each stylus is set on the same B-side so that their multiple pitches occasionally coincide. Mostly, however, they are in counterpoint, with each record contributing a distinct part.

This piece, Evolution by Luke Brennan, provides an apposite image for 'Impromptu', which brings together six artists on the premise of re-working the model of the group show. Key to this premise is the idea of dialogue and interaction – between the curator, the artists, the site, and the evolving work and group dynamic. ''mpromptu' did not arise from curatorial decisions about extant artworks or particular artists and nor are the works responses to specific themes. Rather, what holds the exhibition together is, as the title states, a desire for the unexpected, provisional, and improvised.

To this end, the strategy of the curator, Patrick Michalopoulos, was to invite a group of six artists into the gallery for a month preceding the exhibition. The artists, who had not met previously, shared the space as a kind of studio – as a site of making, exchange, and, ultimately, public display. To organise a group exhibition on the basis of unmade work and unknown relationships is undoubtedly a risky strategy. And to do so in such a short time and in the gallery space in which the work will be viewed is perhaps even more so. But it is also bold. It is an act of resistance against the prevailing institutional control and rigidity both within the art world and outside of it, to which the Olympic blue wall almost immediately on the gallery's doorstep stands as a pertinent reminder. And, most importantly, it is a strategy that allows for unpredictability. It allows for the artists to be surprised and, in turn, the audience. This is critical for the production and reception of new and exciting artworks.

According to the accompanying information, one of the curator's primary visions was for the space to become a "lived environment", and indeed, what is immediately striking about this show is its energy. As an audience we are called on visually, aurally and, less common in the visual arts, also through our sense of smell. From Luke Brennan's singing record players and the crescendos of Simon Head's looped video constructed from images and noises recorded during his month in the gallery, and from Jonas Ranson and David Murphy's sculptural/print collaborations and Rob Kessler's glass houses to Christina Mitrentse's installation with fungi and incense, the gallery as a living and vital space is achieved both in the dynamic use of the site prior to the exhibition and in the exhibition itself. Although the works differ superficially (and succeed to greater or lesser degrees taken on their individual merits), they are all underpinned by a shared vigour brought about, perhaps, by the speculative and rapid processes of their making. The kind of cohesion that most group shows seek to achieve through a singular curatorial vision is re-enlivened in this show through its serendipitous interplays.

As in a festival, 'Impromptu' gives the impression of entering a slightly warmer, vibrant and more colourful world. Stepping off the street in Hackney Wick to be greeted by Brennan's multiple female vocalists, the crocuses and yucca plants he is growing under lightbulbs, the spiced smoke of Mitrentse's incense, and the six brightly painted central columns (one for each artist), it as if some key part of the Caribbean, the British springtime, North America and Asia have been brought into the gallery simultaneously. And as with a festival there is a sense of community – of sharing, coming and being together. The philosopher Hans-Georg Gadamer noted that a festival is an event that lifts its participants from everyday existence, drawing a parallel between celebration and art. Both initiate a community gathered together for something, although they are unsure precisely what. A celebration, he suggested, is not about setting out in order to arrive somewhere and neither has it any fixed goal to be attained. Still, its participants are united by intention.

Brought together for an unforeseeable outcome, the six artists and curator in this show occupy precisely this site of 'festival'. United by their intention to make art in dialogue with one another and with a space that blurs, interestingly, any distinction between studio and gallery, they are also, in distinctive and personal ways, celebrating not only the results but also the processes of making. And by drawing attention to the importance and vivacity of the making process, and a shared making process at that, 'Impromptu' questions notions of galleries as the site of singular final works. In fact, 'Impromptu' raises many more questions than it answers – the mark of an interesting and challenging exhibition.

Writer detail:
Heather Phillipson is an artist and writer based in London. 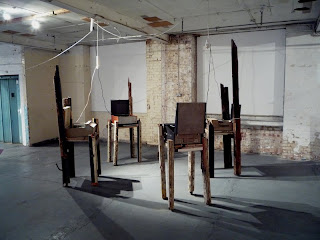 Posted by luke brennan at 07:34 No comments: 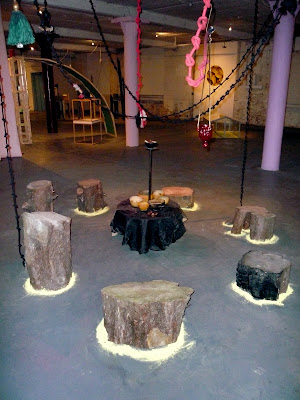 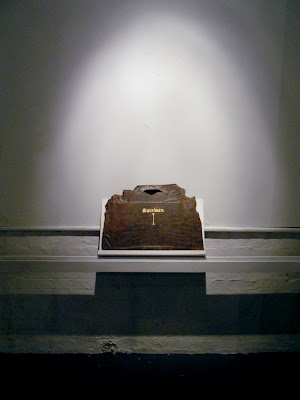 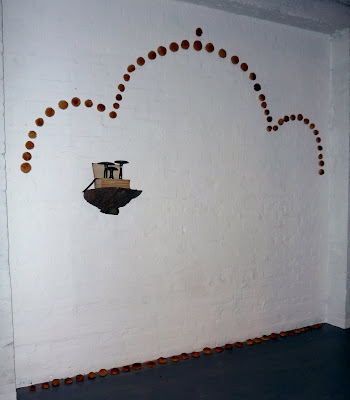 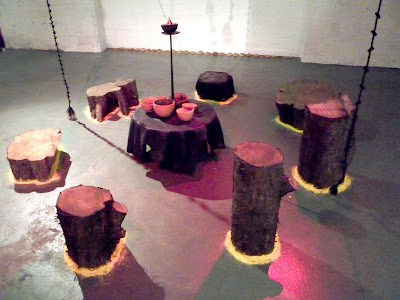 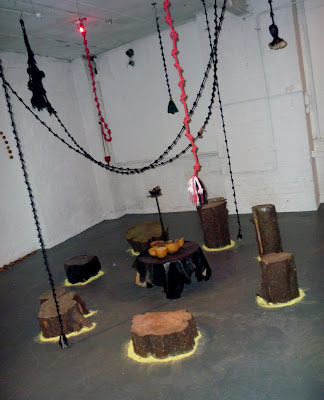 Posted by christina mitrentse artworld at 00:43 No comments: 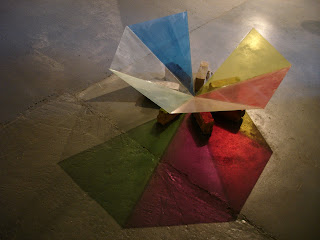 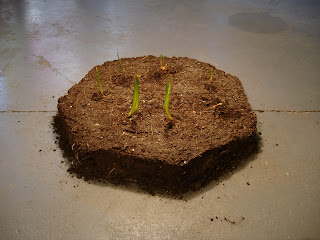 Posted by luke brennan at 07:00 No comments: 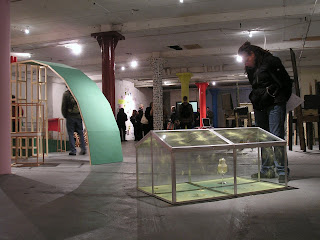 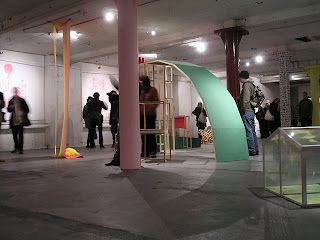 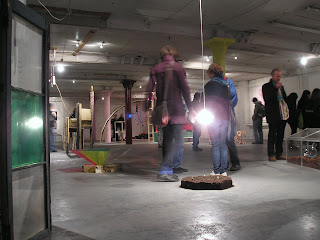 Posted by Schwartz Projects at 11:14 No comments: 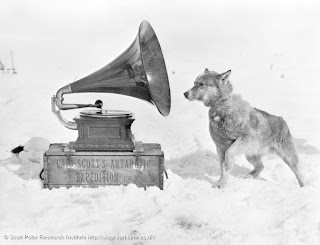 Posted by luke brennan at 05:54 No comments: 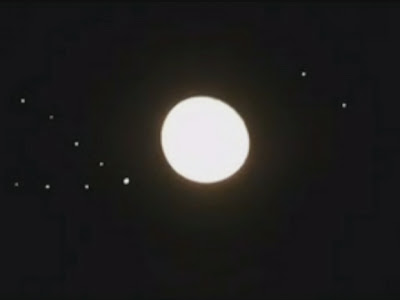